How Will You Know When You’re Ready? 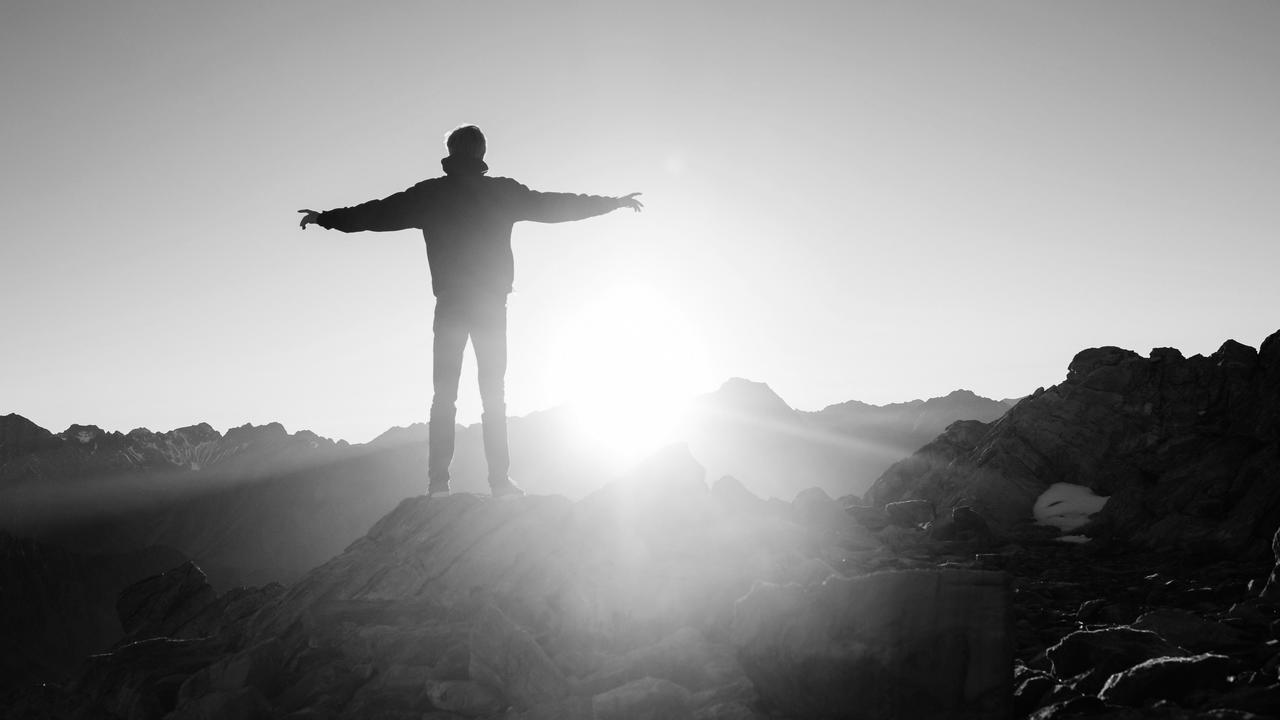 Have you ever found out you’d done something, only after the event itself?

I don’t mean some kind of short-term amnesia (alcohol-related or otherwise), or not being fully present or in the moment.

I mean, have you ever been beavering away at something, taking it all one small step at a time, building up to this big moment when you can think “Yes!  This is it!” and then wait for the wave of achievement to roll over you as you cross the finish line?

Well, I was waiting for just that in launching this website.  But that's not quite how it happened.

I guess it’s like walking up a hill.  A really big, very steep hill.

Standing at the bottom of it, looking up at the challenge ahead, it would be tempting to say “Do you know what?  Forget it.  I’d rather go home”.  And a lot of people would do just that.  It’s not important to them and it's easier for them to stay in their comfort zone, however uncomfortable that ultimately leaves them in the long run.

This is a form of what Steven Pressfield calls 'Resistance' in his book The War of Art.  Resistance being the enemy of creativity and showing up in a number of guises, one of which is what Freud termed the Death Wish.  In the Foreward to The War of Art, Robert McKee explains this Death Wish as:

"the destructive force inside human nature that rises whenever we consider a tough, long-term course of action that might do for us or others something that's actually good."

My form of 'Resistance' of choice?  Procrastination in its many guises.

Back to the hill analogy.  Upon facing this challenge, this 'Resistance', some people grit their teeth and start walking, head down, because:

a) it is important to them and

b) because to look up and keep their eye on the climb ahead would just be too much.

So they get their head down and get on with it.  One small step at a time.  Occasionally stopping to look at the view, before getting their head down again and getting on with it.  Again.  Eventually, they see the horizon lower as they reach the summit and they know they’re about to achieve the goal they’ve set out to do.  They’re almost there.  They can feel that sense of achievement building.

I don’t think there’s been a time when I’ve got to the top of a hill and thought “Oh.  Is that it?”.  Not in a disappointed kind of way, just…unexpected.  Like the finish line has taken you by surprise.

But that’s exactly what happened as I launched my website.  It somehow managed to take me by surprise.  It was a stealth launch.

I’d been so busy writing various bits and pieces and setting numerous things up, all in preparation for THE LAUNCH.  This ‘thing’ that seemed so far off and unattainable at the start.  I’d posted this, that and the other and when I said to my business coach “So Nic, when can I officially launch then?” her response kind of took me by surprise.

She said “Claire, you already have”.

I don’t really know what I was expecting.  I know life isn’t all Hollywood and I wasn’t expecting a fanfare and my own brass band to play me over the finish line (example here), but I did expect to somehow ‘know’ when I’d be ready and when it had happened.

And that’s when it struck me.  I was waiting for some sort of external permission to launch.  Someone to take me by the hand and say

(indignation)  What???  Why?  Why was that?  Why at age thirty-something did I feel I needed another adult to grant me permission?  Why did I feel unable to grant myself that permission?

And that’s when it hit me.  I needed the permission to shine my light.  I needed someone else to tell me “Yes, you ARE good enough.  That thing you’ve created IS good enough.  Go ahead and do it”.  Someone to take me by the hand and guide me.

And so we come back to self-belief.  There have been so many instances where I’ve not felt good enough, whatever that actually means, and I’ve wanted and even sometimes looked for external validation to somehow prove my worth.

Believe it or not, I have actually worked on this during my own coaching sessions (Yes, I'm a coach and yes, I still have my own coach), yet here’s another instance where it comes back to bite me.  This realisation took me by surprise, but at least I recognised which gremlin it was this time.  And in so doing, it loses its power.

This lack of belief largely comes down to a fear of failure.  However, as adults, we don’t necessarily have that kind parental voice that nurtures, guides and encourages us.  And so, our inner child, who’s still carrying the wounds and bruises from childhood when we felt we weren’t good enough or perhaps when we did fail at something, is still there inside us, scared of the same thing happening again.

We need to reparent our inner child in an effort to reframe all the limiting beliefs and counteract the self-sabotaging behaviours we’ve picked up along the way.  What if we could be that Nurturing Parent to ourselves?  How would it feel if we could be our own guiding hand?

It reminds me of the Erin Hanson quote:

So, how will you know when you're ready?  You won't always.  Sometimes our biggest achievements happen over a period of time.  They build up gradually and are accompanied by a whisper, rather than a bang.

And so, without even realising it, I took that leap (cue Nurturing Parent).

Stay connected with news and updates!

Keep up to date with new blog posts, resources and offers.